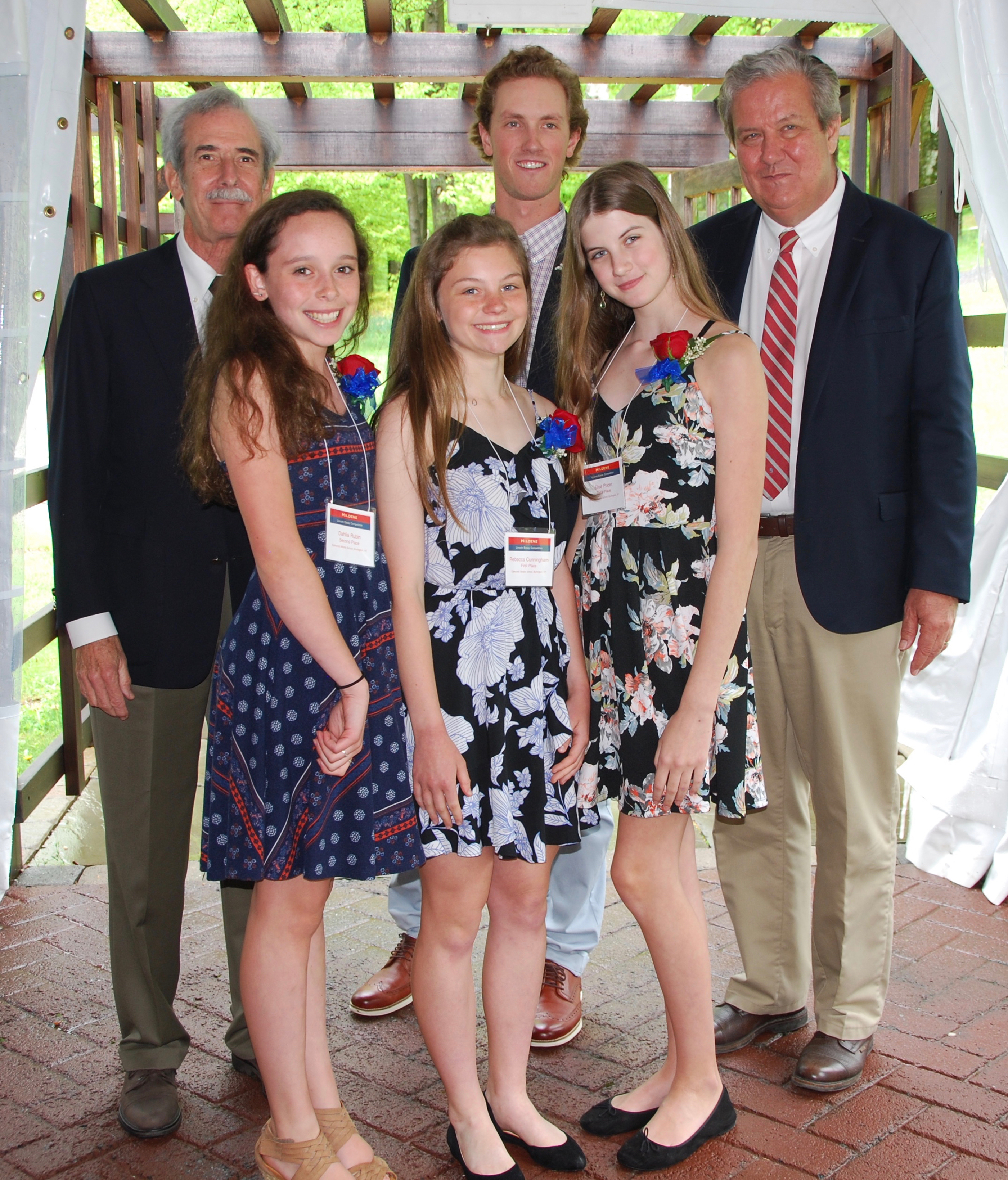 The winners of the 2018 Hildene Lincoln Essay Competition have been announced and Edmunds Middle School has stolen the show!

Congratulations to our students at EMS! See the full press release from Hildne Below.

The winners of the 2018 Hildene Lincoln Essay Competition were selected from 187  entries from Vermont eighth graders in  38  schools, from as far north as  Franklin County and as far south as Windham County.  In the words of Hildene President, Seth Bongartz, “Using Abraham Lincoln’s legacy as touchstone, the goal of the competition is to promote awareness in the minds of a young generation of Americans of the responsibility each of us has to do our part to make our community, our state, our country and even our world a better place.”  This is an objective that fits squarely within Hildene’s mission: “Values into Action.”

In the fall of 2017 application packets for the Hildene Lincoln Essay Competition were distributed to teachers of 8th grade English, history, and social studies, and to librarian and homeschool networks statewide.  All materials were also available online at www.hildene.org/schools.html.

Before taking on the 2018 challenge, students were asked to grapple with the concept of what it means to be a patriotic American.  This is a topic that can sometimes lead to heated debate, thus students were made aware that in his time, President Lincoln was viewed as both a traitor and a patriot.  Many Americans believed his actions to abolish slavery threatened their economic livelihood and flew in the face of the Constitution and their idea of American freedom.  Others came to view President Lincoln as the epitome of patriotism because he wished to preserve the Union at all costs and because he knew the Union could not allow slavery and be a true democracy with justice for all: the “last best hope of Earth.”  Today the nation is again deeply divided on many issues and among them is the concept of patriotism.

This year’s young writers were asked to respond to the following prompt in 500 words or fewer:  Describe a current or recent event in which the actions of the participant(s) may be viewed as patriotic by some and as unpatriotic by others. Discuss the differing points of view.  What is your position and why?

Blind judging was done by a panel of judges based on the content, the student’s understanding of the subject and her or his ability to convey that understanding using good writing practices including style, composition, grammar and factual accuracy.  Hildene applauds all who participated in the competition for their essays on what it means to be patriotic.

Students analyzed an array of recent incidents in which the actions of the participants could be viewed as patriotic by some and unpatriotic by others. It was interesting for the judges to read the different perspectives students held, especially when writing about the same events:  the removal of Confederate statues, NFL players taking the knee in protest during the national anthem, the Women’s March on Washington, the President’s travel ban for 8 predominately Muslim countries, efforts to ban transgender people from serving in the military, Edward Snowden’s actions, granting citizenship to illegal aliens who are US veterans, to name a few.  They were equally impressed with the ability of eighth graders across the state to thoughtfully articulate the different perspectives as well as their own positions.

Winners will be honored at a celebratory luncheon hosted by Hildene at The Lincoln Family Home on Sunday, May 20.  All 2018 Hildene Lincoln Essay Competition winners will receive their awards and the first, second and third place winners will read their essays aloud.  These essays will be available for viewing online at www.hildene.org, beginning May 21, where Hildene will also list the topics addressed by the 187 participants.

To learn more about the Hildene Lincoln Essay Competition or to make a reservation to attend the luncheon, contact Stephanie at 802.367.7960 or email Stephanie@hildene.org.