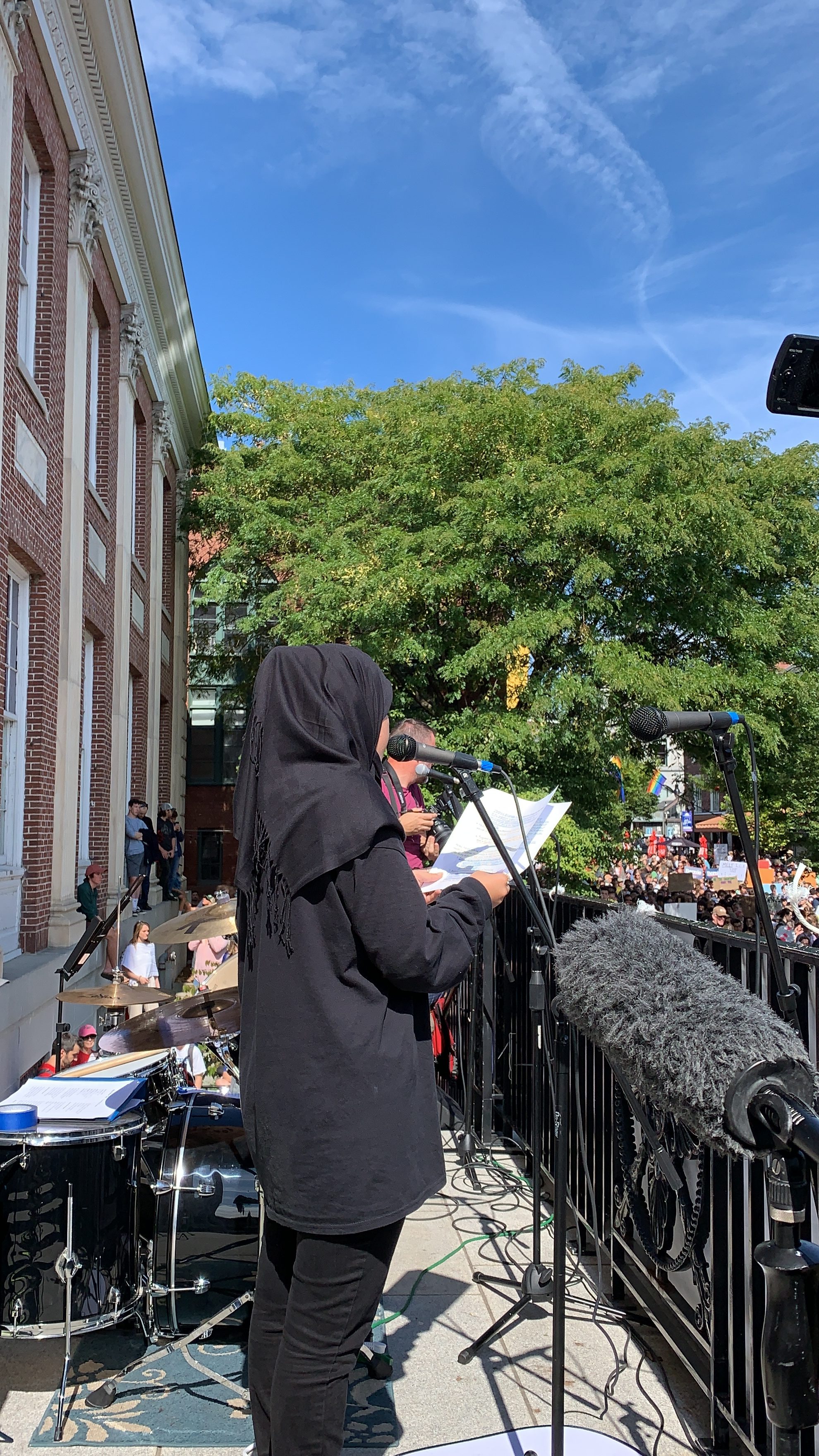 Kawther Hashim, a junior at BHS and leader in the BHS International Club, has become a force of nature for activism. On September 2oth, Hashim addressed a crowd during a Climate Strike at City Hall, pictured right. She also recently addressed Burlington’s City Council, presenting on the US Involvement in the war in Yemen and the humanitarian crisis there.

This message to City Council was noted by Senator Sanders, who recently sent Hashim a letter commending this recent advocacy work. “Young people are quite literally the future of our country, and after seeing the video of you speaking to the Budington City Council, I can see that our future is in good hands,” Sanders wrote.

As part of this work, she has created an informational brochure about the issue and shared it widely to educate peers and the community in general about her concerns. She was also interviewed by City Councilor Ali Dieng on his CCTV show.

“Kawther is a shining example of the engaged student we hope to develop and support here at BHS!” said BHS Librarian Shannon Walters.

Keep up the great work Kawther!