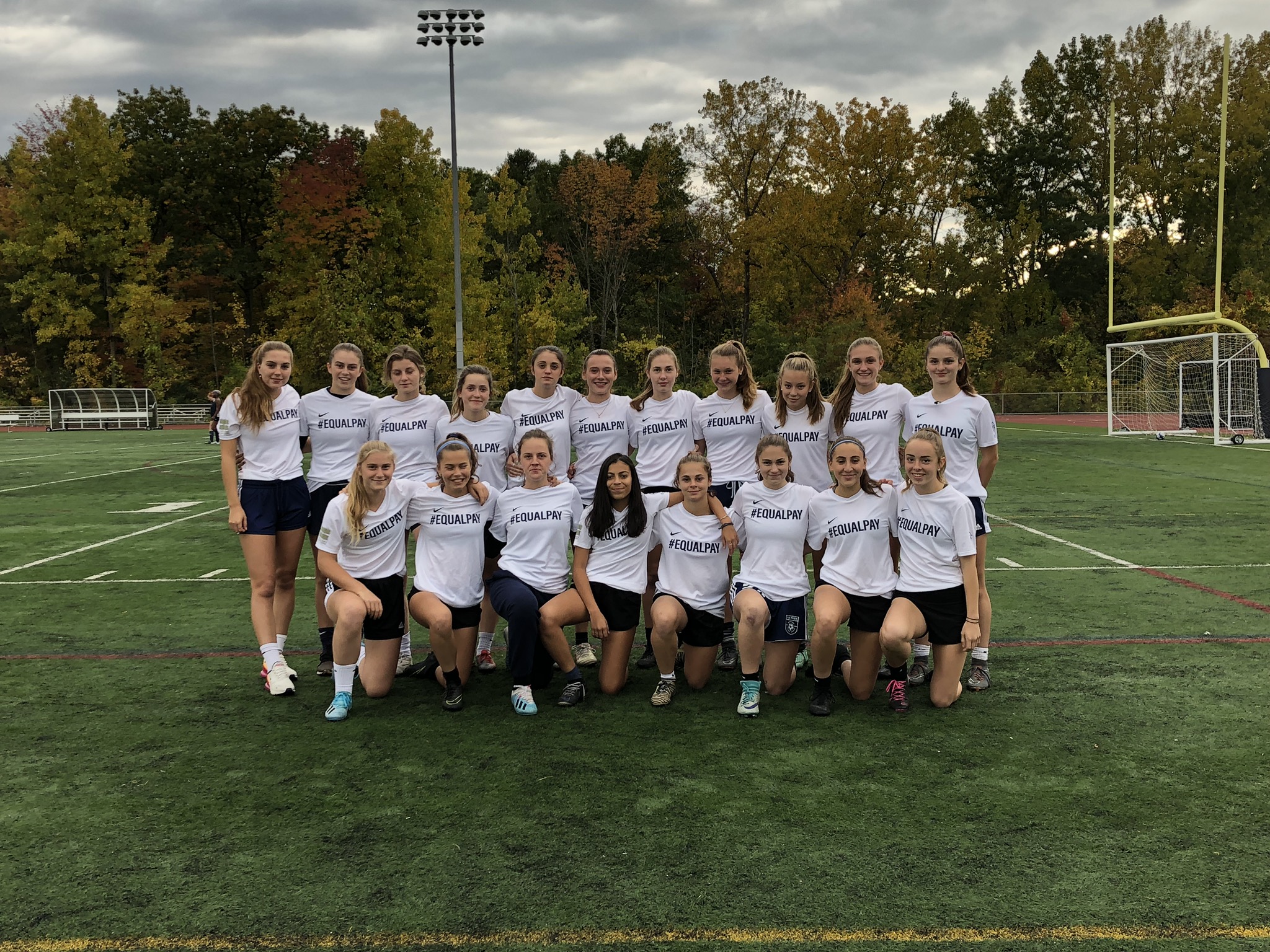 Earlier this summer, the BHS girls varsity soccer team began working on a project to raise awareness about the gender wage gap. They were inspired by the U.S. Soccer Women’s National Team’s efforts to achieve equal pay for equal work, and teamed up with Change The Story, an initiative of the Vermont Women’s Fund, Vermont Works for Women, and the Vermont Commission on Women, to create a special run of soccer jerseys with #EQUALPAY on the front, the BHS Seahorse logo on one sleeve and Change The Story on the other.

The team worked with local businesses to raise money to purchase the jerseys for each member of the girls soccer team, and to subsidize 84% of the cost of jerseys for the boys team. When word got out about the jerseys, the girls learned that several community members were interested in purchasing the jerseys and they worked to create a way for the public to buy the jerseys. 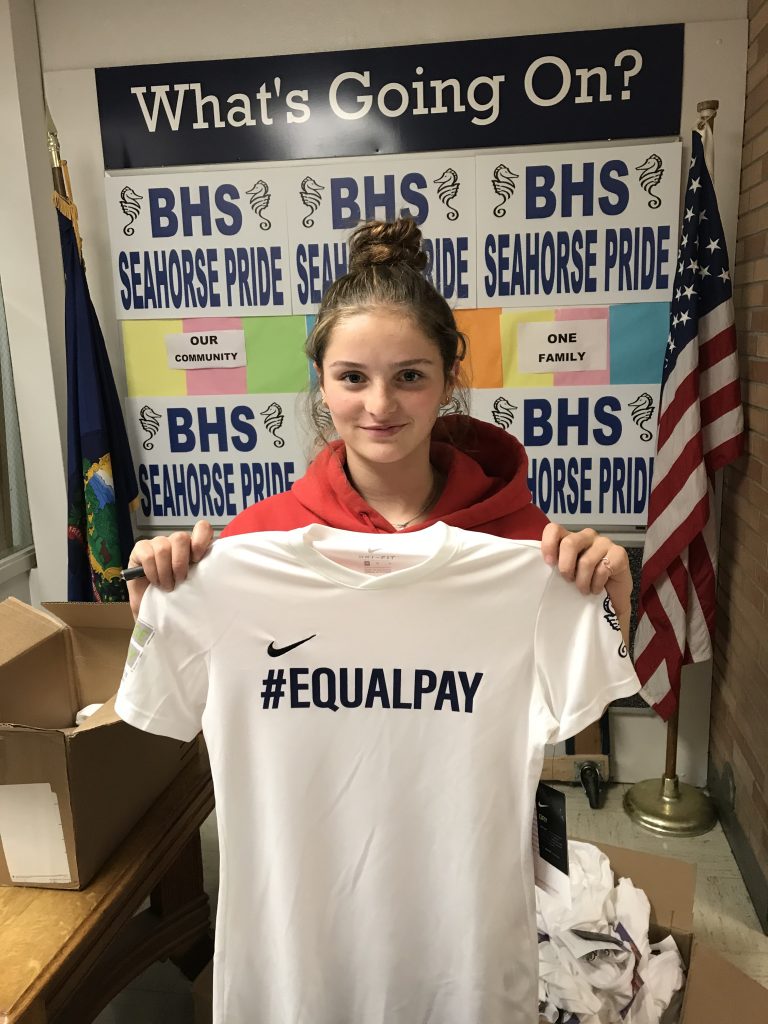 “The idea is to wear these jerseys at our game October 18th, and invite the community to come out and buy the shirts, and wear them in support of our fight for gender equality,” said team member Lydia Sheeser. “We partnered with Change The Story VT, an initiative to advance women’s economic status in Vermont. CTS conducted research on the status of women statewide, and we want to share a few of the statistics we found most shocking:

On Friday, October 18th, Senior Night, the girls wore their customized jerseys while warming up for their game against South Burlington High School. At that point, they had sold more than 500 jerseys to the local community at a cost of $25 for women,  with men invited to add an additional/optional 16% (or $4.00) to represent evening out the wage gap. Their efforts were featured on WCAX, as well as MyChamplainValley, and VPR. 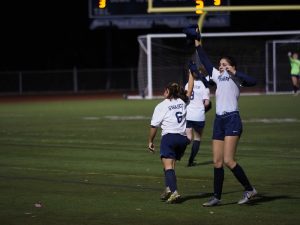 Then, with just a few minutes remaining in the game, BHS scored a goal to go ahead 1-0. As the team celebrated, many team members lifted their shirts to reveal their custom #EQUALPAY jerseys underneath. 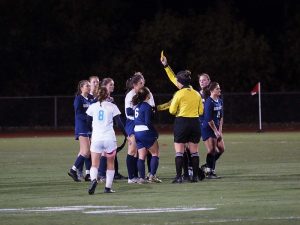 The Burlington Free Press was at the game, and covered the events of the celebration and penalty with the headline: “Burlington girls soccer team stands for #equalpay — and gets carded.”

And that is when things got crazy.

On Saturday afternoon, Good Morning America reached out hoping to do a story for their Sunday morning show. After the GMA’s segment aired, requests for interviews came in from across the world. Over the next four days, the girls soccer team story was covered by all of Burlington’s local media outlets in addition to Anderson Cooper Full Circle, HLN, NPR’s All Things Considered, People, Glamour, NBC News, CBS News, The Athletic, The Guardian, Global Citizen, and more. Secret brands also got in on the action, spreading the word and making a large contribution to the girls’ efforts to support pay equity.

On October 28th, Burlington, Vermont’s City Councillors read a resolution recognizing each member of the Burlington High School Varsity Girls Soccer Team as a “changemaker, influencers, and role model” and thanking them “for their leadership on an important community issue and for inspiring us all to do better and fight for equality.” The team has also been invited to attend the next BSD Board Meeting on Nov. 12th.

“We are so proud of our Girl’s soccer team,” says BHS Principal Noel Green. “They have taken their learning beyond the classroom and have truly worked hard to learn more, educate others, and use their platform as varsity student-athletes to try to create change. The work ethic and community engagement shown over the past few weeks mirror the ideals that we hope to see in all of our students. Go, Seahorses, Go!”

Get your own #EQUALPAY jersey today. 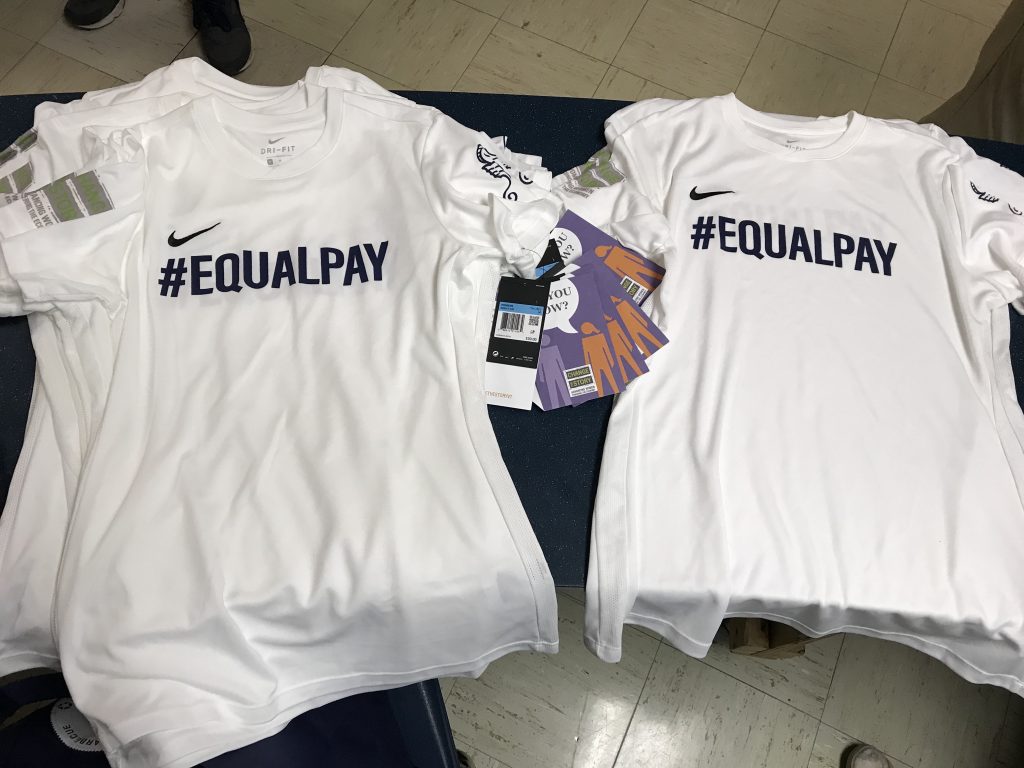