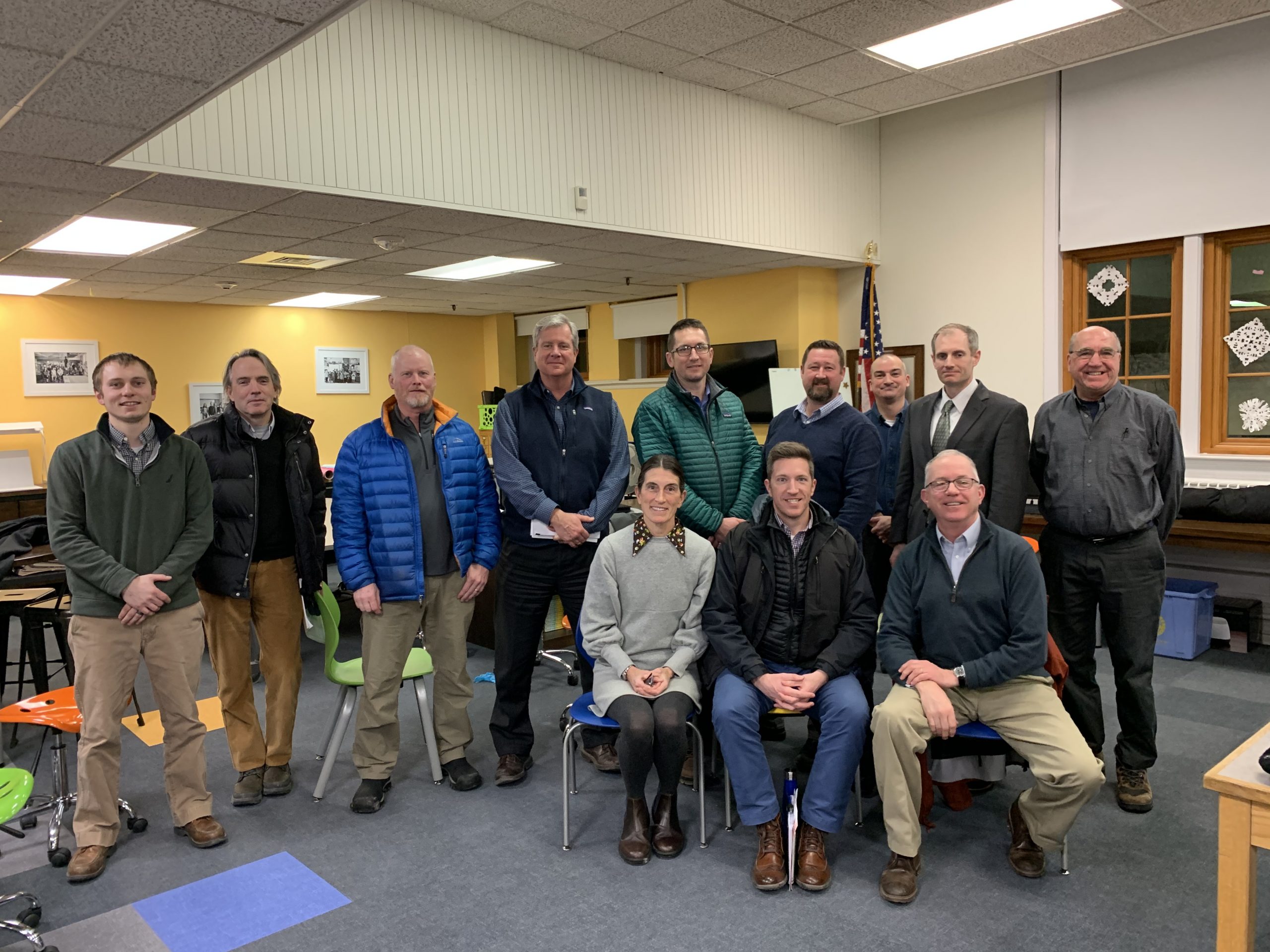 The BHS/BTC Building Construction Oversight Committee (BCOC) held a public meeting on February 20th. In addition to the recap below, the meeting minutes and this presentation have been published on our Re-Envisioning website. Please mark your calendar and plan to join us for a follow-up meeting on March 9th at 5:30 PM at EMS.

The purpose of February’s meeting was to provide the committee and the public with detailed information about the new overall project estimate as well as options available to reach the $70 million target.

During the meeting, our construction manager Whiting-Turner presented on their approach to estimating this project and our architects at Black River Design presented on cost breakouts, cost-saving options, and the path to $70 million.

The presentation revealed that the cost estimate for the project in its current configuration (based on the design presented at the December 19, 2019 meeting) is $82.5 million, or about $12.5 million more than voters approved. Drivers of the cost increase are due in large part to:

Following this, Black River suggested a number of reductions to the project to bring the cost down to within the voter-approved $70 million. These reductions include:

The group also suggested removing the student parking lot and bleacher replacement pieces from the scope of the project and using capital funds to pay for those items instead.

BCOC members will spend the next few weeks studying the cost-saving options and recommendations before re-convening on March 9th for a question and answer session. In the meantime, BSD has provided the project’s schematic design documents to a third party estimator for a second opinion.

As this work moves forward, there are a number of things we hope the community will keep in mind:

Please mark your calendar and plan to join us March 9th, 5:30 PM at EMS.