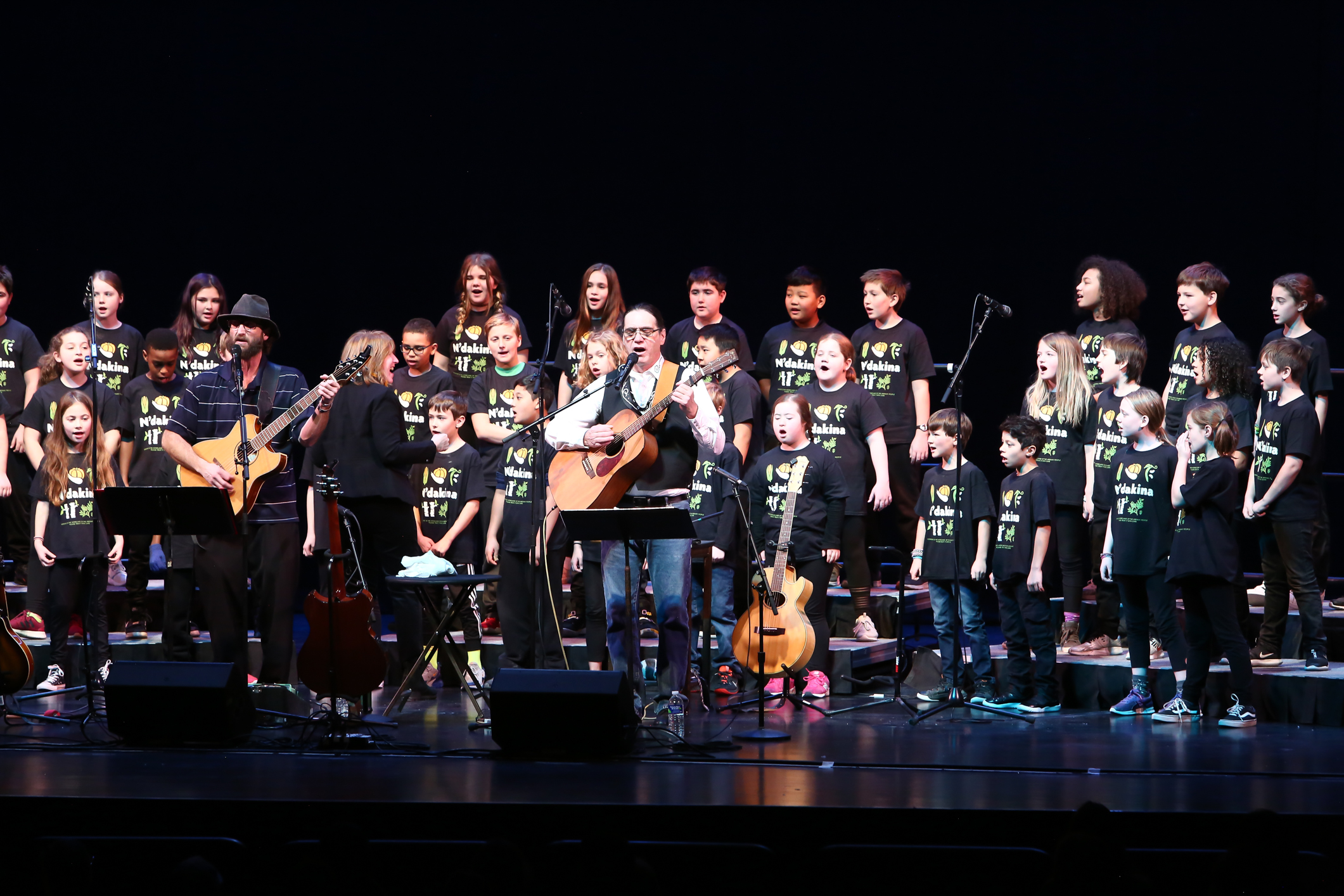 Champlain Elementary students on the big stage under the bright lights! The elementary school students performed three songs with Vermont Abenaki Artist Bryan Blanchette during matinee performances at the Flynn Center for the Performing Arts on December 17 and 18. Among the songs students joined was Blanchette’s new song “Water is Rising,” which students sang in both English and Abenaki!

Check out the video below, and scroll down to learn more about the partnership!

Earlier this year, the Burlington School District made it a priority to teach and learn about Abenaki culture leading up to and through Indigenous People’s Day. BSD worked with several Vermont Abenaki Artists Association members, include Bryan Blanchette and the Abenaki Circle of Courage Youth Group who performed for students in each of the district’s six elementary schools. That involvement created an opportunity for the staff and students at Champlain to work closely with Blanchette. 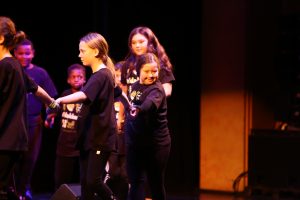 “There has been a spark of collaborative energy that has carried us to this moment,” said Betsy Greene, music teacher at Champlain Elementary. “The collaboration with Bryan began when he visited our school and graciously translated the lyrics to one of our favorite songs at Champlain. He taught us “N’kottliwi nidôbak,” the Abenaki phrase for “I am with my friend.” From then on, Bryan was connected with our students and our school.”

“This has been an incredible experience for our students,” said Aziza Malik, a fifth-grade teacher at Champlain whose students have been working with Blanchette. “We work on honoring people’s culture and heritage, learning about and respecting everyone around us, but this is so much more. Byran has given our students a hands-on, real-world learning opportunity and has shown both our staff and our students the importance of indigenous cultures and experiences.” 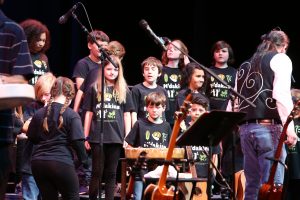 “This collaboration has led to learning on so many different levels – cultural, environmental, historical, and musical, all integrated with social justice,” Greene and Malik added. “Our students and staff are extremely honored and grateful to Byran for this partnership and learning opportunity.”

During the performance, students wore t-shirts with the phrase “N’dakina,” or “Homeland” in Abenaki, on the front. Malik says the idea to wear special t-shirts came from the District’s work done in honor of Indigenous Peoples’ Day, specifically around the recognition statement that Vermont is the land of the Abenaki people. The t-shirts were designed by Beenanza Designs using the teachings of Abenaki educator Judy Dow centered around culturally significant plants through Abenaki history. The shirts feature the phrase “N’dakina” surrounded by five significant plants to Abenaki culture: corn, beans, and squash (The Three Sisters), as well as paper birch and cedar. 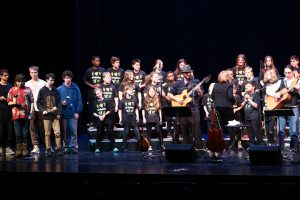 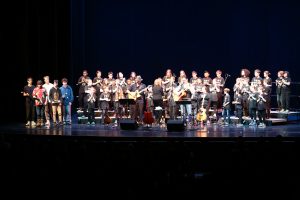 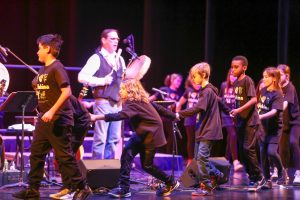 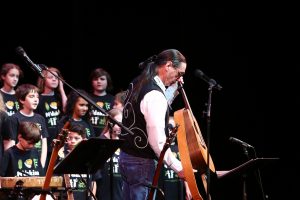